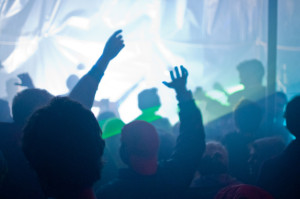 “Photographic evidence suggests that hoons (or lairs, at least) hung out at the monument from pretty much the word go. In those days, Mostyn Street ran all the way to the monument, and that steep, steep hill was effectively a drag strip. (Up until recent decades, the hill hosted an annual billy cart race – later relocated to Lyttleton Street.) And yes, hoons still hang out there, revving engines, smashing bottles against the monument.

Among the town’s present-day youth, urban legend holds that there’s a nightclub underneath the monument. No one’s saying how you get inside. I like to imagine that touching the right spot on its base will cause the monument to tilt up, revealing stairs that plunge to a strobe-lit cavern. (I have yet to discover the spot.) 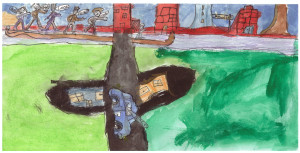 We (family and neighbours) regularly clean up broken glass from around the monument. Doing so recently, I noticed that somebody (or, more likely, somebody’s dog) had been scratching at the grassy surface around the monument and had partially uncovered a service hatch. My first thought was: the nightclub! Probably though it relates to the floodlighting.”

“I think of it as a monument to futility and folly – in particular, the folly of men – making it the ideal spot for contemplating life’s disappointments.”