The market building was a thriving market. Jo Russo came form Melbourne with vegetables, next to him were flowers, further along, rabbits. Everyone kept ferrets to get the rabbits. It was wartime and food was scarce. But people would put on their best for Friday night shopping. Jean remembers a woman who came in from a farm , wearing her kid gloves and furs. Farmers all came in for provisions on a Friday and to meet up with each other. Jean would buy large slabs of Adams cakes at Carols on Mostyn street that would last for them for the week. There were horse troughs outside the market building. When the war ended they closed the street, erected a maypole and everyone danced

“One bloke, who every one knew, parked in front of the Old Market building. Somehow, he started going backwards, and backed into the fountain with the birds on it which is in front of the building – he collected that, and then ran into the Taxi rank. You didn’t hear about it, he was so embarrassed, he just said I’ll pay for everything.”

A woman had bought herself a new car. She was an older woman, and didn’t know how to drive an auto; it was all new to her. She had parked in the middle parking bays in Mostyn St East. She must have thought she was going forward – freaked out and instead of putting her foot on the brake, she accelerated. She decided to turn the wheel – which sent her backwards, towards the verandah at Saffs. People outside the café on the table and chairs ran for their lives, and with her foot firmly planted, she turned the wheel again, and took out the verandah post, and then stopped as she ran into an oncoming car. No one was hurt. The woman got out of her car, and a bystander said to her “you were so lucky” and all she could say was “My car, my car.” 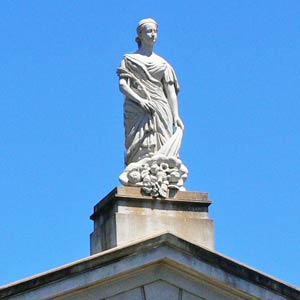